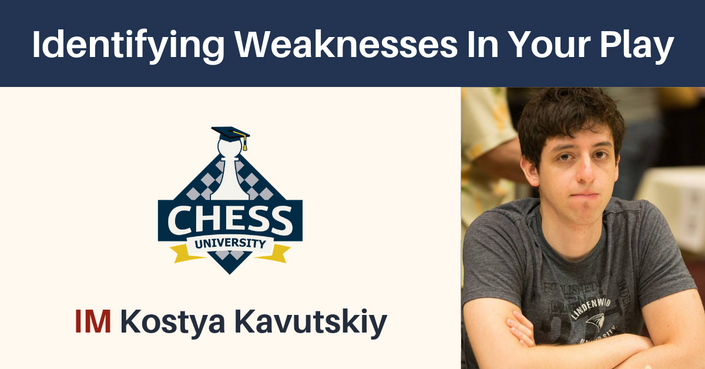 Identifying Weaknesses In Your Play 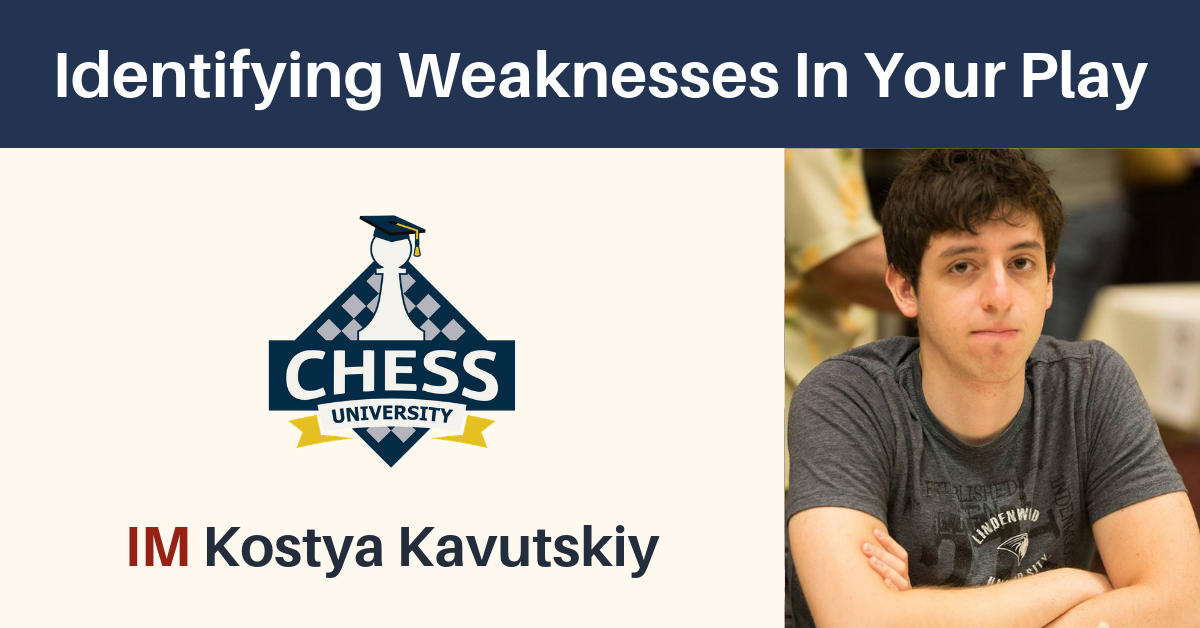 Identifying Weaknesses In Your Play is a 85-minute live seminar taught by IM Kostya Kavutskiy in August 2019 suitable for intermediate and advanced students (1200-1700 Elo). Learn how to identify and improve your weaknesses to take your game to the next level by studying this recorded seminar.

Enroll today and start eliminating weaknesses in your play! 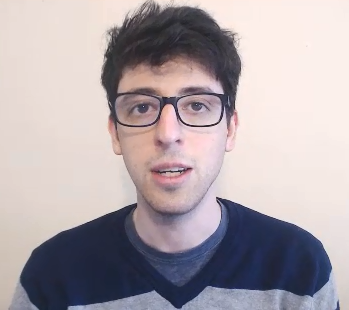 IM Kostya Kavutskiy is a widely recognized chess coach, author, and a Director of Operations at Chess University, Inc. Kostya joined the Chess University team three years ago and has taught students around the world through the Prodigy Program and through his spectacular video courses.

Kostya was born in Kiev, Ukraine but raised in Los Angeles, California. He first learned chess from his grandfather when he was 5. By the time he was 16, Kostya had reached 2200 Elo becoming a National Master. Kostya’s main highlight is winning the 2014 Southern California Championship.

Around 2012, he started working full-time as a chess professional. This included writing for US Chess and Chess Life Magazine, as well as recording videos lessons.

Currently, Kostya's also a member of the San Jose Hackers team in the PRO Chess League and is actively training and playing tournaments to earn the GM title. He primarily teaches at Bay Area Chess and Chess University.

What if I can't attend live?
Don't worry! By enrolling in this course you'll receive lifetime access to the recording of this live seminar so you can watch it as many times as you want.
off original price!