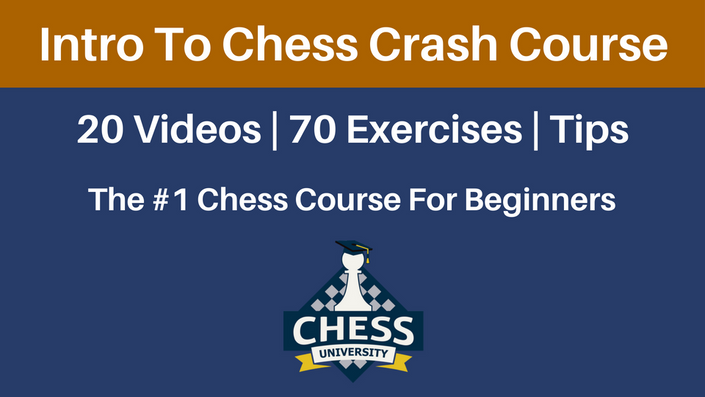 The #1 Chess Course For Beginners 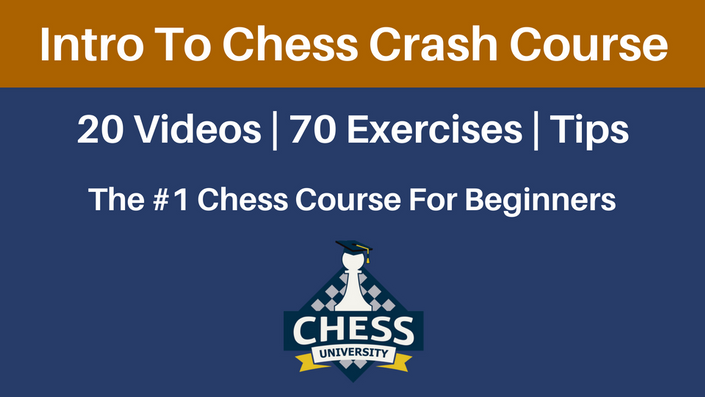 The ChessUniversity.com Intro To Chess Crash Course offers comprehensive instruction for beginners, including first-time players, who want to learn chess. This course caters to players of all ages whose chess strength is below the rating of 900 Elo (novices and beginners) and is completely free. Novices will learn everything needed in order to start enjoying the game of chess.

Enroll in this course to start learning chess!

When does the course start and finish? How long do I have access?
This video course starts now and never ends! It is a completely self-paced online course - you decide when you start and when you finish.
How long do I have access to the course?
This course includes lifetime access, it never expires! After enrolling, you have full on-demand access to this course for as long as you like - across any and all devices you own.
Is this course really free? What's the catch?
Yes, the Intro To Chess Crash Course is absolutely free and there is no catch. We created this course to help the global chess community and help beginner players learn all the basics for free.
off original price!